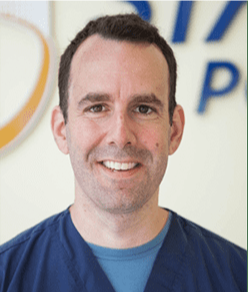 Brian K. Levy, DPM, is a highly skilled surgeon and podiatrist at Starrett Podiatry in New York, New York, which he established in 2002.

In 2000, Dr. Levy graduated from Manhattan’s New York College of Podiatric Medicine (NYCPM) in Harlem. This prestigious institution was established in 1911 and is the oldest college in the United States devoted to educating and training doctors of podiatric medicine.

Upon completion of his last residency in 2002, Dr. Levy established his practice in the Brooklyn neighborhood of Starrett City. More than a decade after establishing his practice, Dr. Levy remains deeply committed to offering the best quality of medical care to his patients.

With a real dedication to the field of podiatry, Dr. Levy takes significant enjoyment in mentoring new doctors. He gives educational lectures at Kingsbrook Jewish Medical Center and is an active participant in the resident training programs at Beth Israel Medical Center and Brookdale University Hospital and Medical Center.